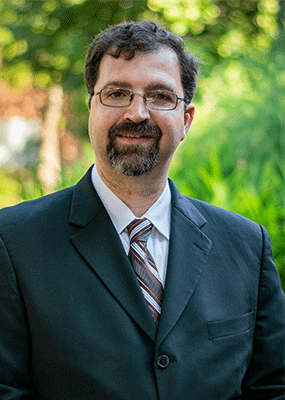 Landon grew up in Dallas, Texas and graduated from Bryan Adams High School. He attended Abilene Christian University in Abilene, Texas for his undergraduate degree, graduating in 1998 with University Honors and a Bachelors of Art in Political Science, and minors in English, History, and Biblical Studies. Also while at ACU, Landon met his wife, Shilo, a Human Communications major. They were married and had their first child, Jonathan, while still attending ACU.

After graduating from Abilene Christian University, Landon returned to Dallas to attend Southern Methodist University law school. Landon and Shilo’s second child, Nicholas, was born while they were in Dallas. Landon graduated with his Juris Doctorate in May 2001, a member of the first class of the newly renamed Dedman School of Law at Southern Methodist University. After law school, Landon and Shilo returned to her home town of Cisco, Texas, where Landon opened his own law practice. Since that time, Landon has assisted thousands of clients with legal matters including business law, civil litigation, criminal defense, family law, probate, real estate, and wills and trusts.

In January 2018, Landon began moving his practice back to Dallas, opening a second office in Dallas and splitting his time between the Cisco and Dallas offices in order to be closer to his father, who was still living in Dallas at that time. Landon joined the Meazell Firm, P.C. in April 2019.

Landon takes a holistic approach to law practice, believing that it is important to get to know clients’ situations and personal preferences in order to tailor a solution to their legal needs that best fits their particular circumstances. His broad background and extensive practice experience in a variety of fields have put him a position to assist clients with all types of legal needs and claims.

Landon grew up in and has been active in the Churches of Christ all his life, including serving as a substitute preacher, worship leader, Bible class teacher, deacon, and elder in various local congregations where he has lived. He has also been active in Boy Scouts, now Scouts BSA, having earned the rank of Eagle during his own youth and serving as troop Scoutmaster and district committee member and chair while his own children were in scouting. He enjoys music, having taken piano and participated in choirs throughout his school years, and theater, having acted in numerous productions in high school as well as community theater in Abilene, Texas and regularly attending live theater productions.

The Meazell Firm is located in Plano, TX and serves clients in and around Frisco, Allen, Plano, Mc Kinney, Prosper and Collin County.

Attorney Advertising. This website is designed for general information only. The information presented at this site should not be construed to be formal legal advice nor the formation of a lawyer/client relationship. [ Site Map ]

See our profiles at Lawyers.com and Martindale.com